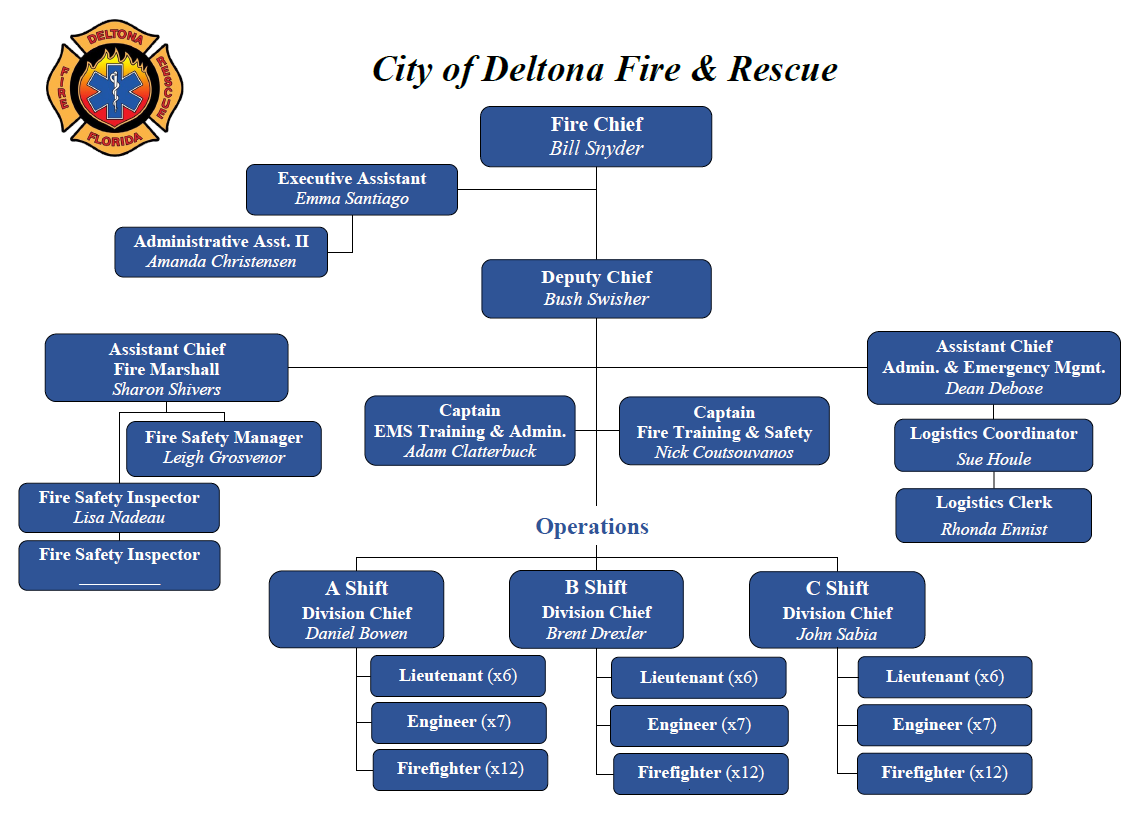 Chief Snyder has had an exciting firefighting career on his way to becoming our Fire Chief in May 2016. Chief started his career in the fire service at the age of 16 as a cadet firefighter and worked as a volunteer with both Volusia County and Orange City before starting full time for the City of Deltona in October 1986. While working for Deltona Fire Department he worked his way through the ranks to Division Chief and led the department’s special operations team before leaving to work for Volusia County in October 2013. He held the title of Division Chief for Volusia County until May 2016 when he returned to Deltona Fire as our Fire Chief.

Chief Snyder is a certified Paramedic with a Master’s Degree in Emergency Management and a Bachelor’s Degree in Organizational Management. He is also a graduate of the Executive Fire Officers program from the National Fire Academy.

Chief Swisher is an Army Veteran who has been with Deltona Fire Rescue since March 1993. He has been a tremendous asset to the department working his way through the ranks here and becoming Deputy Chief in 2016. While part of Operations, Chief Swisher became a certified Paramedic, earned his Associate's Degree in Nursing and a Bachelor's Degree in Organizational Management. He also represented Deltona Fire Rescue during many disasters as a member on strike teams and the as our only representative on Task Force 4.

Chief Debose is a Marine Veteran who has been with Deltona Fire Rescue since May 1997 and was promoted to Assistant Chief in October 2008. He is a certified Paramedic with an Associate's Degree in EMS and a Bachelor's Degree in Organizational Management. Chief Debose also teaches EMT at Seminole State College. Before becoming an Assistant Chief, Debose was a member of our Special Operations team as well as Co-commander of our award winning Honor Guard.